After a rough ending (Thank you, Sabine!)  to the Weekend Big Four from last week we´re now looking ahead to FanTeams Weekend Big Five and hope that there will be no wind, no earthquake and no aliens landing to interrupt the big fun. 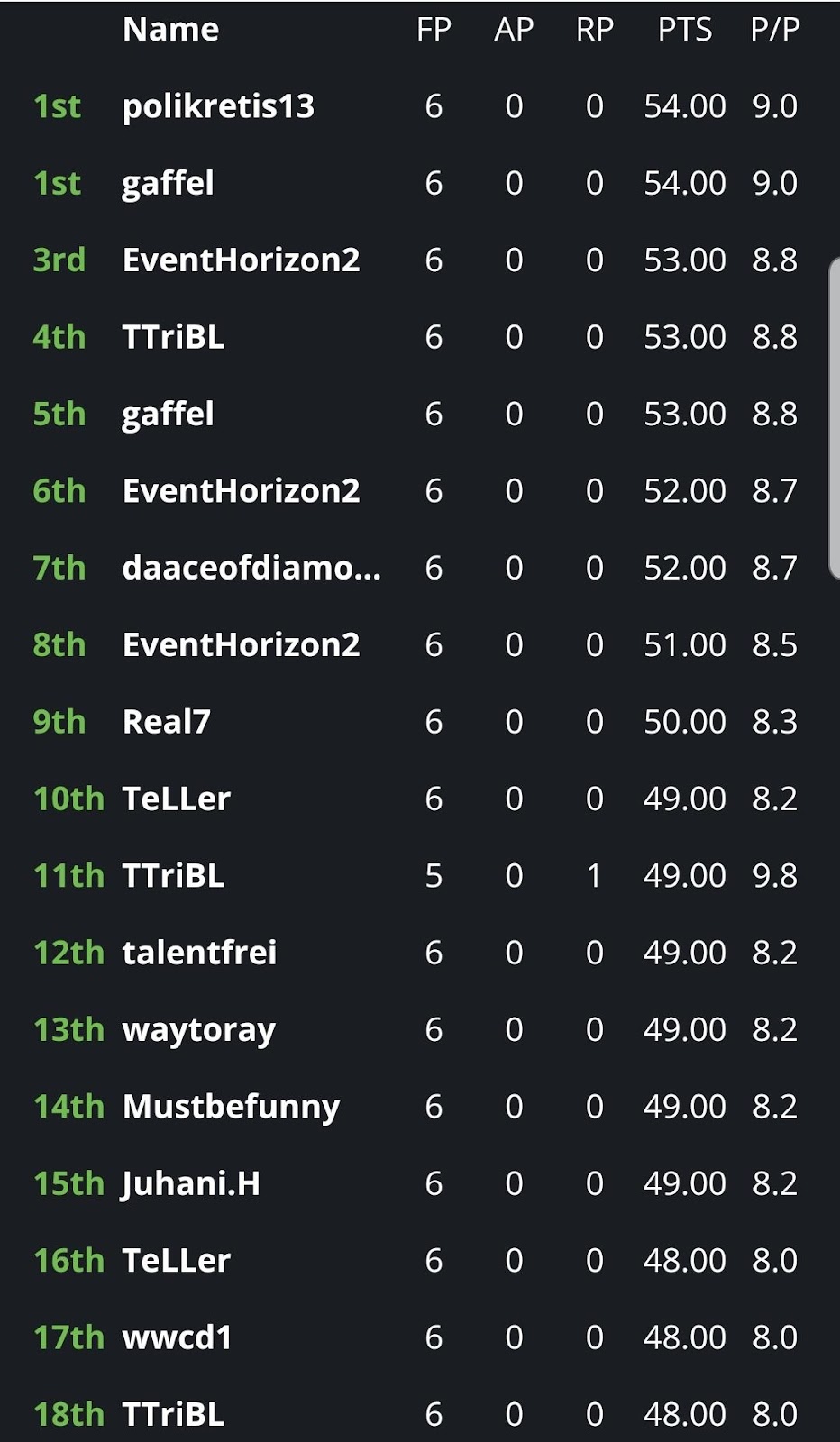 The Big Four had had a 15.000€ prizepool and attracted 825 participants from which the top 165 got a smaller or bigger paycheck.

´gaffel´ and ´polikretis13´ both had the same idea on their lineups and were in the end tied for the first place to get a nice 1,151,40€ boost to their bankrolls. 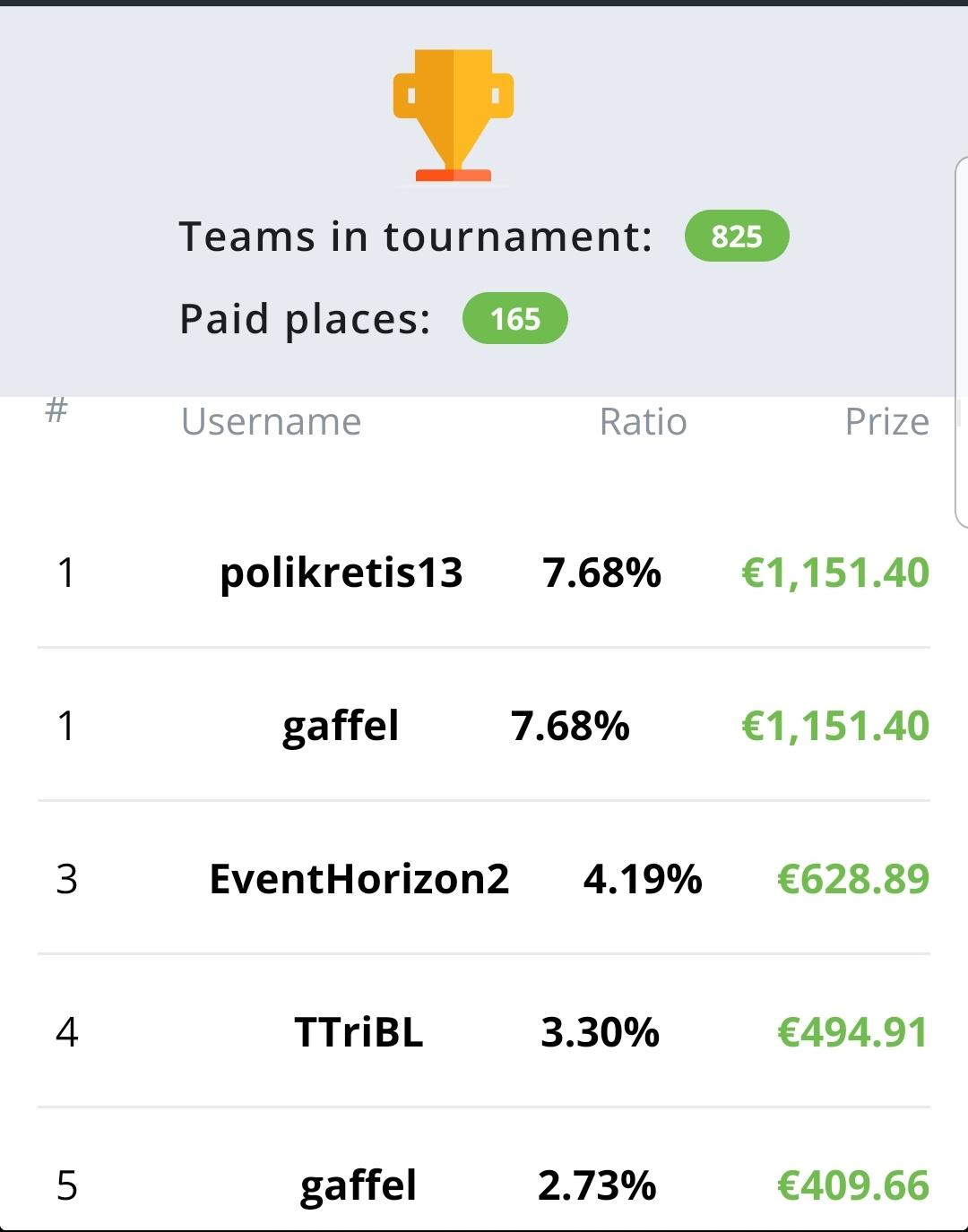 They both stacked the five Everton midfielders with captain Calvert-Lewin upfront to seal the deal. Right behind them came user ´EventHorizon2´ in 3rd place for still a nice amount of 628,89€.

Congratulations everyone and especially better luck to the guys who missed their points on Citys postponed game.

The upcoming Big Five tournament on fanteam comes along with a 20.000€ prizepool for 20€ buyin and due to a 5 game schedule even more action than in the previous week. 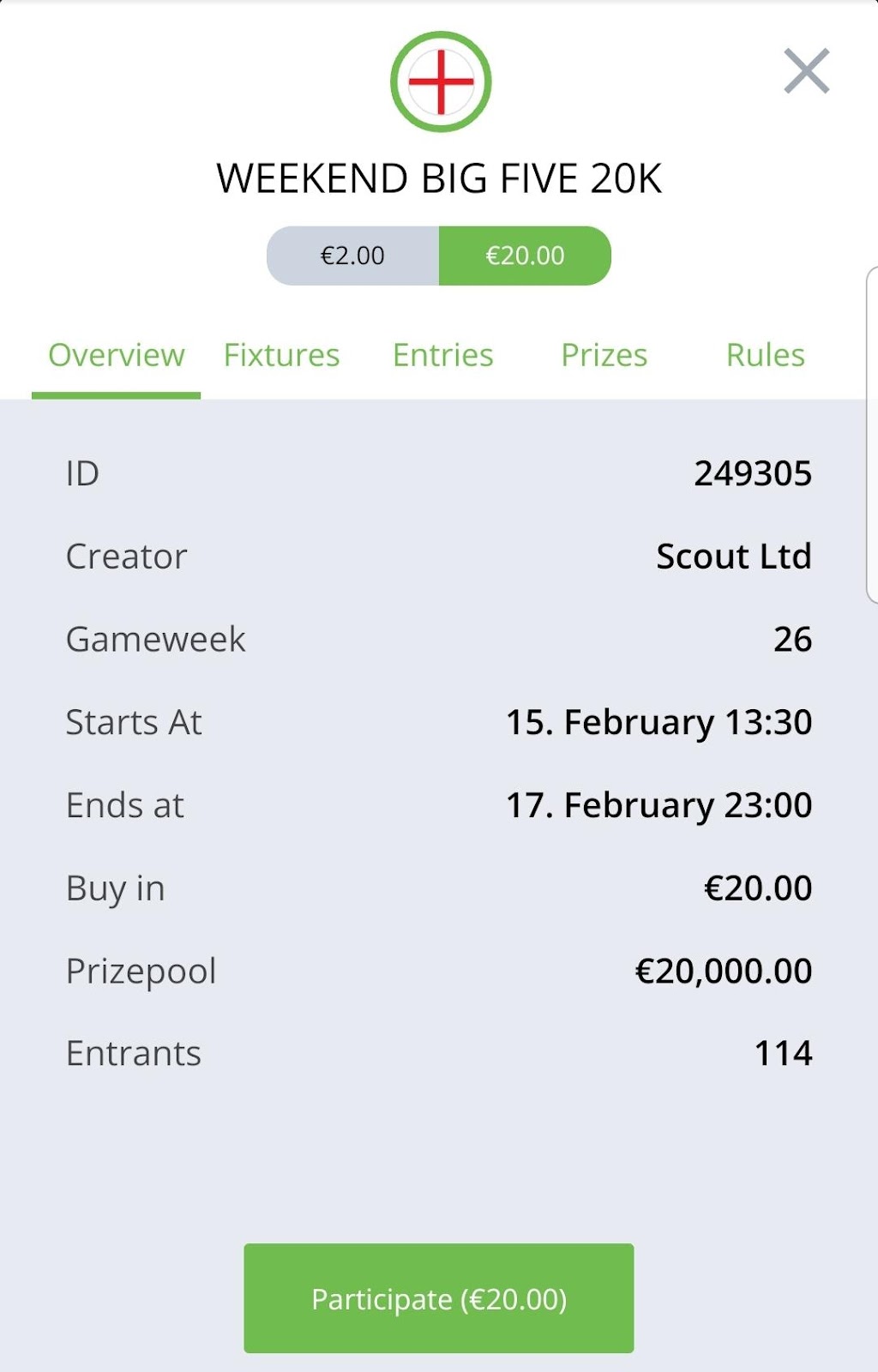 You have to choose your 6 man starting squad  out of the following fixtures and their respective bookie winning odds, clean sheet probabilites and the most likely goalscorer:

As you know, I would never leave you alone on that hard decisionmaking. Here are 3 thoughts that maybe should be taken into consideration while arranging your squad:

Anyway, good luck to all of you!