The Premier League is heading to gameweek 29 and so are we with another thrilling weekly monster tournament on FanTeam. This time we finally have a  full round again with 9 fixtures on the table and that means there are lots of options to choose from to build the winning squad. Ready for another 50.000€ prizepool? Then let’s go!

As always, the last contest is not forgotten and that was an exciting one. The unbeaten run of Jürgen Klopp and his Liverpool FC has finally come to an end with Watford being the ones to execute. A clean and effective 3:0 win with an outstanding performance of Ismaila Sarr with 2 goals and 1 assist sealed the deal. Only 0.7% had him in the squad. That means 17 (!) out of 2478. You already guessed that our winning squad contains this man, right? 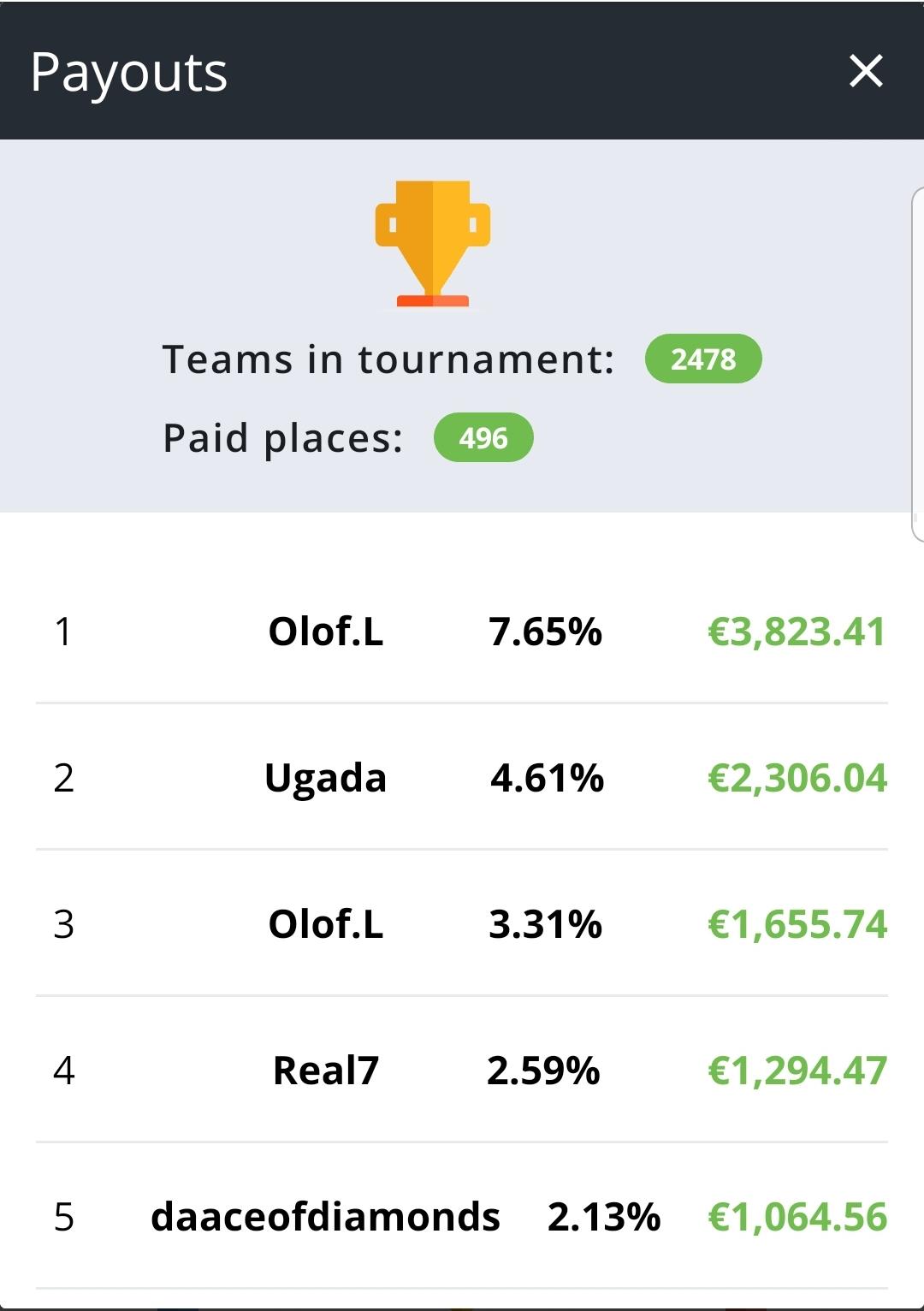 His winning squad made 98.5 points which is 13 points more than the second place has. Insane. He stacked Spurs, Chelsea and West Ham for 3 players each and completed it with Calvert Lewin up front and the already mentioned Ismaila Sarr in midfield. Of course he had Marcos Alonso, who scored a brace as a defender, as his captain to earn some sweet 13 extra points. 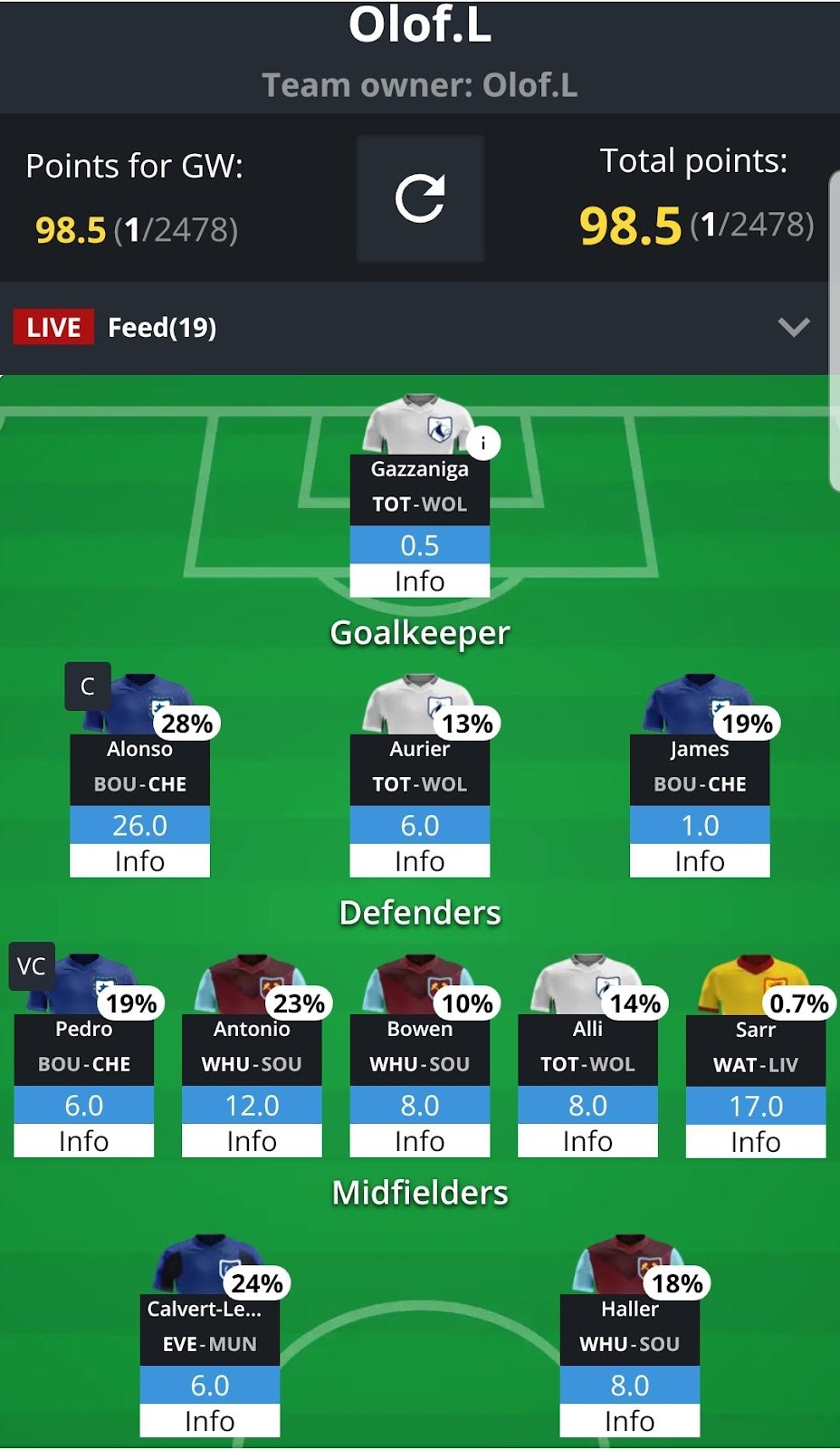 Big congratulations, ‚Olof.L‘. This was an outstanding squad and this win is more than well deserved!

Only ten to go until the season is finished. The race for the title is probably decided but there are plenty of undecided things to play for: Who will earn a CL spot? Who will be relegated? Watford and Norwich both send a clean message on the last weekend that they dont want to.

So let us take a look at the upcoming fixtures with bookies winning, clean sheet and goalscorer probability:

As always, I will not leave you completely alone on the decisions. Here are the infamous three thoughts.

Anyway: The weekly monster starts at 4PM on Saturday, March 7 for your buy in preference to get your big win! Good luck! 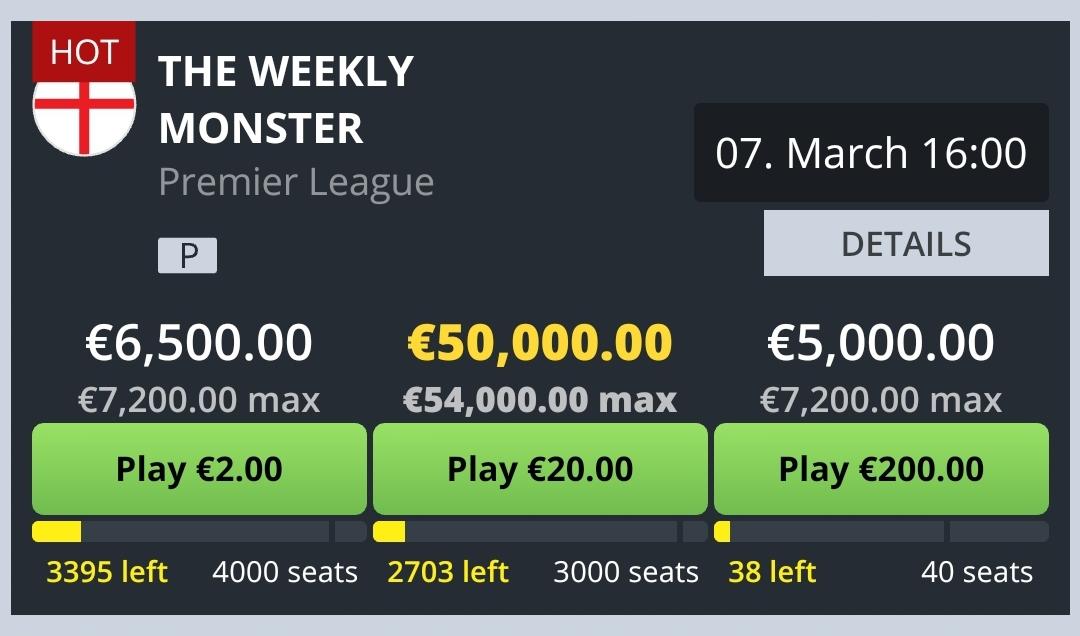 Refer a Friend to FanTeam and get an additional FREE ENTRY to our £100,000 Second Chance Season Game