We’re running a special promotion and have boosted the prize fund to €75,000 this week. You have an opportunity to walk away with €7,500. To have the best chance of doing so, you need to nail your captaincy. 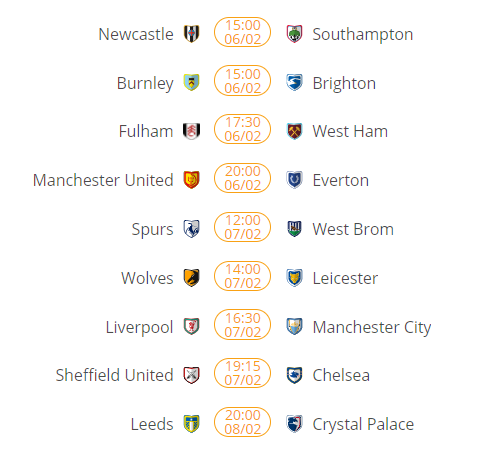 Unlike the main game, the deadline isn’t until kick off, so you can take advantage of any early team news. However, don’t worry if you can’t be around for that time. Anyone that doesn’t start will be automatically replaced with the closest equivalent teammate (for the same price or cheaper) e.g. if Salah doesn’t play you will get Mane. This happens immediately though, which unfortunately means that if the player you selected comes on at half time and bags a hat trick then you won’t get their points.

Weekly Monster Gameweek 23 – Which fixtures to target for Captaincy?

Fulham v West Ham – Fulham need to win games, they’re eight points from safety and draws won’t be enough. However, they’re going to have their work cut out against West Ham, who are on scintillating form. If this is an open game, then that should lead to plenty of goals.

Manchester United v Everton – this isn’t as much of a mismatch as the other two fixtures, but United will be flying after smashing Southampton 9-0.

Spurs v West Brom – on paper, this is the fixture of the weekend. West Brom have the worst defensive record in the league, they’re 10 points from safety and can’t afford to park the bus. However, if they attack Spurs, they’ll get punished.

I expect Spurs to win, which means Son will get an impact point and probably a clean sheet (CS). West Brom haven’t kept a CS in the last six Gameweeks, they’ve conceded an average of 2.83 goals per game and without Kane, there’s only one person likely to score for Spurs.

Everton will not be a straightforward game, but Bruno certainly enjoys playing against them. In the reverse fixture this season he took the game by the scruff of the neck and picked up two rare goals from open play and an assist. He also scored against them last season and ultimately, if United score any goals he’s highly likely to be involved.

I tend to prefer captaining midfielders in FanTeam because of the additional goal and CS points. However, Fulham have conceded the second most big chances (BC) per game in the last six Gameweeks and no team has conceded more attempts from headers. This should play into Antonio’s hands given he averages the most BC per game for West Ham and second most headed attempts.