This weekend we’re running a special promotion and have boosted the prize fund to €75,000 to give you the opportunity to walk away with €7,500. To have the best chance of doing so, you need to nail your captaincy.

We’re giving away a free Monster ticket to anyone that hasn’t deposited before, you just need to enter our <Euro 2020 competition>. 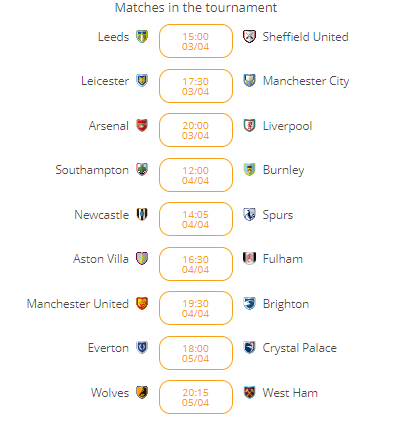 Weekly Monster Gameweek 30 – Which fixtures to target for Captaincy?

As mentioned in our previous articles, you get an extra point for a win, so we want to be targeting winnable fixtures for our Captain. The three that catch my eye are:

Leeds v Sheffield United – Sheffield United were bad with Wilder at the helm and they’ve been spiralling since he left. In the last six Gameweeks they’ve allowed nearly double the number of Big Chances as the next worst side. They’ve conceded an average of 2.17 goals per game and they’re lucky it’s not been more given their average xGC is 2.62. Across the season, Sheffield United have allowed 25 players to return double digit scores against them. Only West Brom have allowed more.

Newcastle v Spurs – Newcastle are on dire form and the changing room is fractured. They have the third worst defensive stats in the league over the last six Gameweeks. Spurs are just three points behind Chelsea and no longer in Europe. They desperately need three points.

Manchester United v Brighton – although Brighton are on relatively good form, their defensive record is nowhere near as good away as it is at home. Furthermore, their goalkeeper, Sanchez has an xG prevented of -2.10 meaning that he’s cost them two goals in the last six games. Brighton are the type of team that like to have a go and that should play into United’s hands, as a natural counter attacking team. United will get chances and Brighton’s goalkeeper is unlikely to stop them.

You’d expect Spurs to win, which means Kane will get an impact point, and he’s never substituted off (which means two points before any attacking returns). He’s recorded six double digit returns this season, he’s on form for club and country and he’s the penalty taker.

Bruno didn’t feature in the last game for Portugal, which means he’s had the week off, which is the most rest he’s had all season. United has won their last four league matches against Brighton 2-3, 0-3, 3-1 and 2-1, which suggests an impact point is likely. Bruno will play the full game and United’s defensive stats are solid, so there’s a reasonable chance of a clean sheet (41%). Brighton has conceded the second most penalties in the league (8), we all know how many penalties United get. Bruno picked up two returns in both games he’s played against Brighton and he has multiple avenues to points.

Sheffield United are dead and buried, so that should lead to an impact point. He always plays for 90 minutes and there’s a great chance of a clean sheet (45%), which should mean three points are in the bag. He has reasonable goal threat (after Chelsea, Leeds are second favourite for 2.5+ goals this week), excellent creativity stats and he takes all the set pieces.